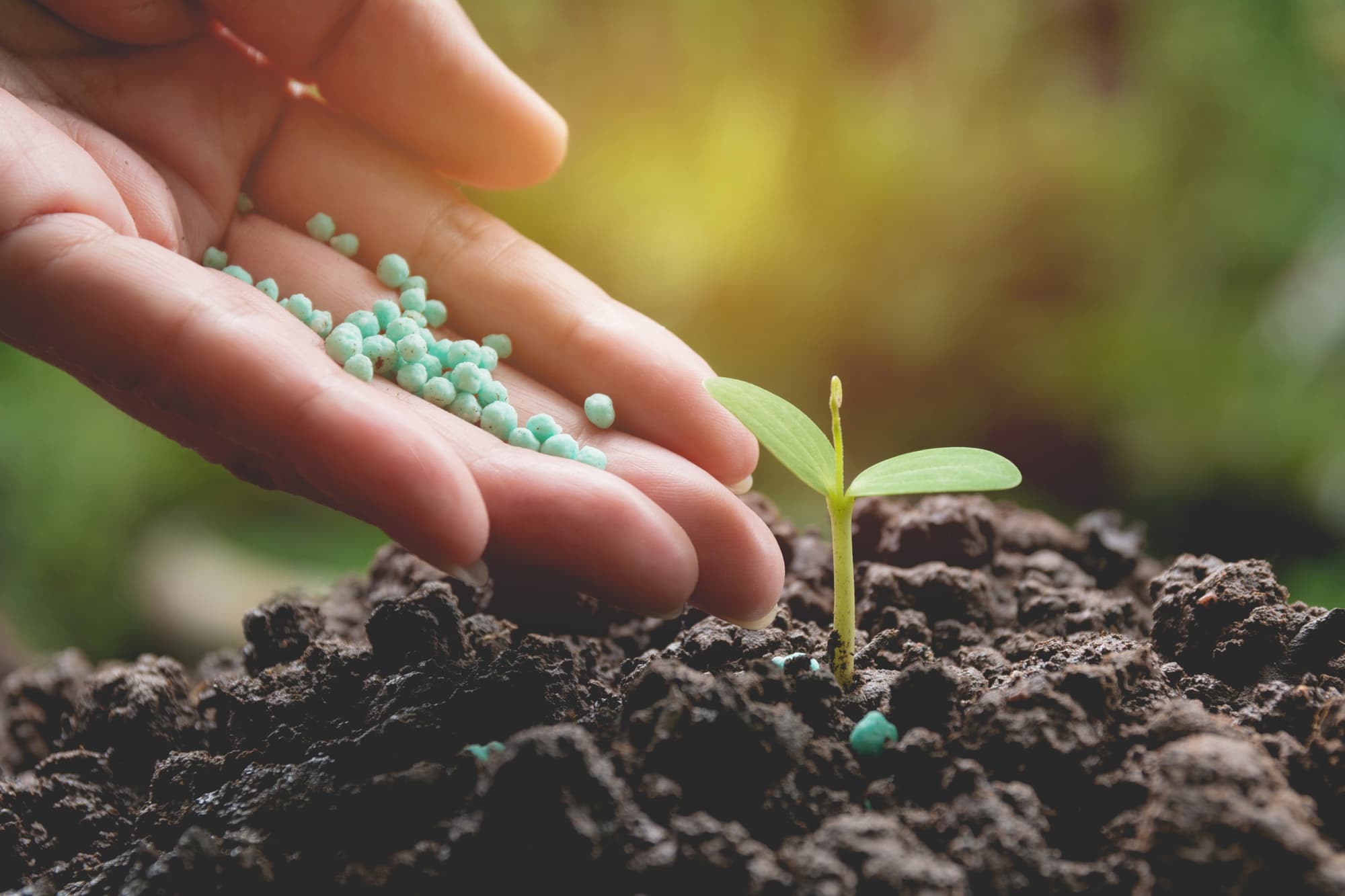 Phosphorus as an universal example

Without Phosphorus, no plant would grow. And since modern agriculture is demanding a lot more from soils than it can naturally handle, fertilizers have to be added to the soil to support the expected amount of crops yield. While European phosphate fertilizer consumption has gone down (1c), even though we have seen a growth rate in total trade values on average, of 2.5 % annually for agricultural products in the European Union between 2002 and 2019 (2c), the use of phosphate fertilizer in Asian countries has more than doubled (relative to the amount of people) over the last 40 years (3c). The phosphorus problem spans itself a lot further than the scientific aspects. The modern world we live in, has taught us to be creative in coping with the growing scarcity of natural resources, and to keep making fertilizers, that make even the most exotic plants grow in foreign lands and different soils. To better understand this problem we need to understand what makes phosphorous so special in developing a strategy for the handling of resources that might run out.

…are being looked at, when analysing the future availability of natural resources.

There are also three groups of deposits of phosphorus bearing minerals (phosphates), Insular, Igneous and Sedimentary. Insular, the accumulation of bird and bat excrement may be viewed as a renewable resource, but since this group only accounts for 0.6 % of the world phosphate production and the deposits are nearly exhausted. The other types of deposits are considered as non-renewable. With this information and the absence of a phosphorus-cycle, compared to the Nitrification in the soil, leaves without a reasonable way to recycle phosphorus, yet. (c4)

In 2010, the production was 83% from sedimentary and 17% from igneous deposits, while 66% of the phosphorus bearing minerals were mined in Morocco, China and the USA. (c5) Since phosphorus is seen as a low price commodity shown in an example by R. Scholz and F.W. Wellmer 2013, doubling the price of phosphate would result in no socio-economic change for the individual. Most poor smallholder farmers’ income is greatly influenced by small price increases. And since most scarce natural resources in history have gone through a price increase as soon as they become scarce, this problem forms a perfect breeding ground for social inequality.

Morocco is the largest producer of phosphate in the world and holds about 75% of the world´s estimated reserves. (c6) The revenue generated from phosphate and its derivatives is approximately $5.9 billion. (c7) Phosphate is mined with heavy equipment creates a large amount of noise and swirls a lot of dust containing Fluor, which is toxic. Reports say that safety equipment would rarely be available and the implications of decade long neglect of the set standards, shows frightening effects on the health of the workers. (c8)

The phosphate monopoly in Morocco is held by the state owned company OCP, which employs around 20.000 people. (c9) After the riots broke out in one of these mining regions a fair amount of attention was drawn to the phosphate mines in Morocco and the existing working conditions. The protest was not intended to demand a better working environment for the miners, but instead OCP issued a list of a few hundred jobs and more than 30.000 young Moroccans applied for. With an unemployment rate of 33 % among Moroccans aged below 35 it was enough social tension to spark a riot to get jobs at OCP. (c10)

Phosphorus is not only a finite essential resource that allows us to sustain food security for 89 % of the world population, while still leaving 820 million people undernourished. It also creates jobs for people that are desperate for employment, but the way it is mined makes them, sometimes deathly sick. And if the price of phosphate goes up due to better safety standards in the mines, the only people feeling the price increase are small scale farmers, buying fertilizer in comparatively small quantities. All of this and more is reason for us, the IGem NAWI-Graz Team 2021 “Phos4us” to think of better ways to prolong or better the lifecycle of phosphorus in soils.