Phosphorus And Its Chemistry 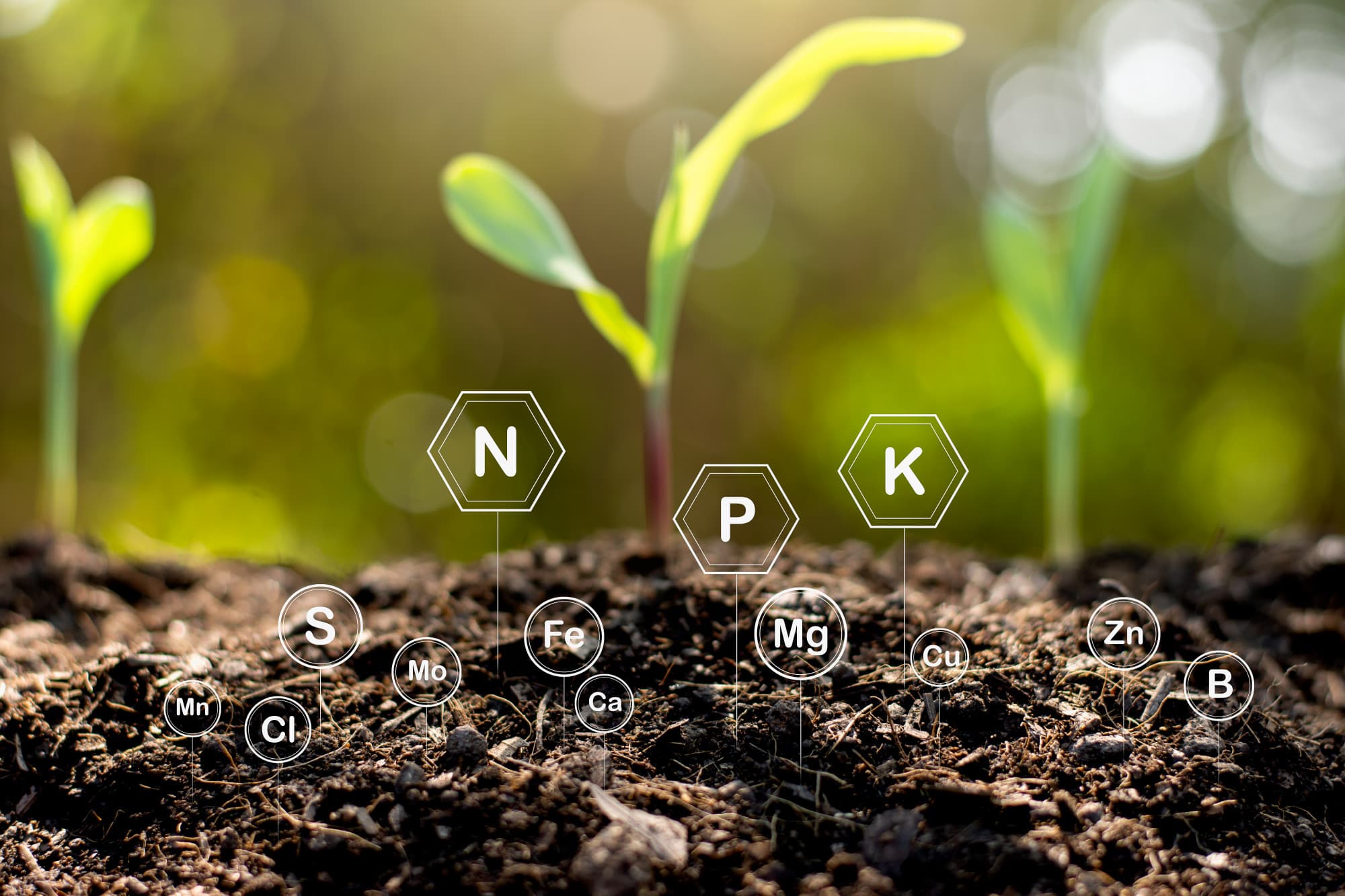 About 0.2 % of plants’ dry weight is phosphorus (P). It is mainly found in molecules like nucleic acids, phospholipids, and adenosine triphosphate (ATP). Phosphorus in the soil can be divided into the organic and inorganic P. The organic P comes from plant/animal residues and microorganisms and makes up between 30 – 65 % of total soil P. The inorganic P makes therefore between 35 – 70 % of total soil P and can be classified into three different categories: plant available P (dissolved P that is available for plant uptake), sorbed P (inorganic P attached to clay surfaces, iron, aluminium or calcium oxides in the soil) and mineral P (primary phosphate minerals like apatite, strenigite or secondary phosphate minerals like Al-, Fe-, and Ca-phosphates). After entering the soil, phosphorus cycles between different processes such as mineralization, immobilization, precipitation, dissolution, adsorption, desorption, and weathering. The P enters the soil through fertilization, manure, biosolids or dead plant or animal debris (organic matter).

The Interaction Between Plant And Phosphorus

To be taken up by plant roots, phosphorus needs to be dissolved in soil solution. The dissolved forms of plant available phosphorus in the soil solution are called orthophosphates (H₂PO₄- and HPO₄²-). The dominant form of these two orthophosphates in the soil is dependent on the soil pH. Once the P from the soil solution is consumed, it is then replenished by the residual P in the soil. Microbes in the soil can transform organic forms of P into plant-available P in a process called mineralization. The end products are orthophosphates, which can further be taken up by plants. The reverse is called immobilization. Besides mineralization, a process called dissolution can occur. In this process, mineral P (solid) can get dissolved into the soil solution. The P concentration process in the soil can also be increased by desorption, where P, that is attached to the surface of soil particles such as clay or minerals that contain iron or aluminum, gets detached.  rocks can also serve as a P source as they break down into soil over a long period of time. This process is called weathering. If the P concentration in soil is too high, then it tends to decrease. One way is to precipitate as a solid P mineral or to get attached to soil particles like clay or Fe and Al minerals via adsorption. (c11) (c12)

Phosphorus is lost from the soil by crop/plant uptake, runoff, and erosion. The major P soil loss is due to surface runoff, that carries both the dissolved and particulate P from the surface. Fertilizing with P can lead to its accumulation in soil, which therefore could elevate the potential of P runoff to aquatic ecosystems. (c13) This phenomenon, called eutrophication (the over enrichment of aquatic ecosystems with nutrients) is a widespread environmental problem, that causes excessive plant production, bloom of harmful algae and fish kills. The movement of P from the soil to surface or groundwater is mostly caused by heavy rain or excessive irrigation. If the soils cannot absorb all the water that comes from rainfall or irrigation, it results in a runoff. This process can transport soluble P and P attached to eroding soil particles into aquatic ecosystems. The excessive use of fertilizers is an important driver for runoffs. (c11) (c14)