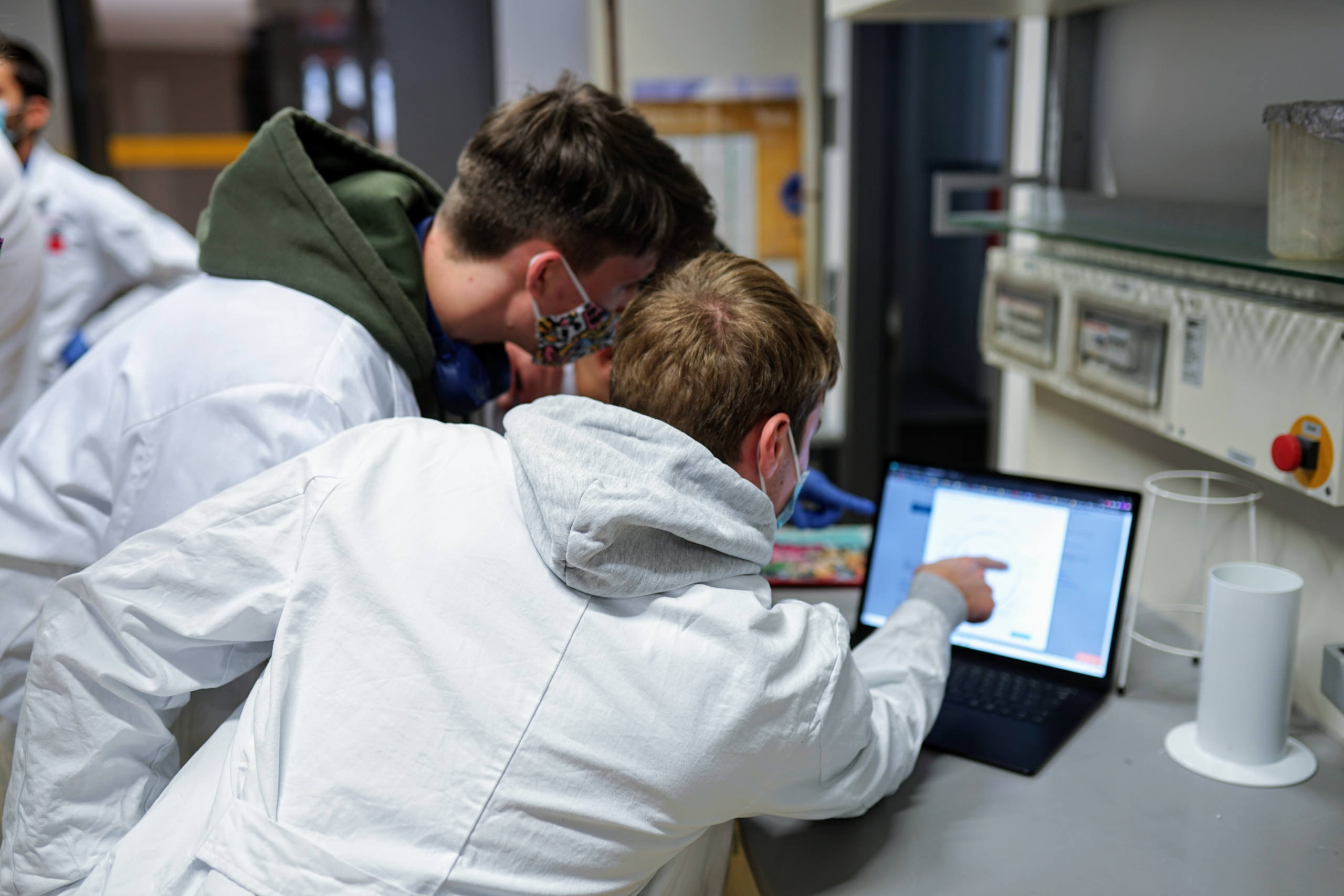 Since the last report we tried to sequence our construct, but every time something went wrong. First the sample was not received by the company and the second time there was a mistake by the analysis. But we do not give up!

It seemed that we have achieved our goal for iteration 1, to build a construct (“pP4U1”) and transform it into E.coli Top 10 cells. The next step was an assay where these cells express eGFP under the presence of phosphate. The mechanisms behind this is already described in lab report 32-35. For that purpose we prepared MOPS media with Chloramphenicol for the selection with added K2HPO4 as the phosphate source. Further we prepared our cells, cultivating them to a specific optical density in a MOPS media without phosphate to mix them afterward with the MOPS media containing phosphate. Upon this, we measured the fluorescence activity after incubating and surprise…  a green fluorescence could be measured.

Our achievement led us to the preparation of iteration 2, where we want to establish an Quorum sensing system. In detail it would work with a sender and a receiver cell as follows. The sender produces an AHL synthase (luxI) under phosphate influence. LuxI is secreted by the cell and should manipulate the receiver cell in producing eGFP, which is our detection system.

For the whole purpose we need to edit the pP4U1 Plasmid in a way that DNA sequence of the eGFP protein is exchanged with the gene of luxI (“pP4U2”).

We did this by isolating the plasmid from the TOP 10 cells and amplifying the backbone of pP4U2 by PCR. Then we controlled this with an Electrophoresis, but there was no signal at all. So we checked if the miniprep of the pP4U1 was successful and it was. Next week we will repeat the PCR.

Besides this, we want to enhance the phosphate assay and want to figure out at which phosphate concentration do our cells express GFP. After preparing the MOPS media with Chloramphenicol for the selection we added different concentrations of K2HPO4 (4µM, 5µM, 10µM, 50µM, 100µM, 1000µM). After letting our cells grow to a specific optical density, we incubated the cells in the MOPS containing the Phosphate source. We had a problem of achiving the optical density needed for the assay, but we still tried to measure a fluorescence signal. It did not work out the way we hoped due to too much background signal. We will try it again next week! Let’s hope for the best!